It was on a Monday four weeks ago that I escaped the daily business in Germany. It was a late summer day, hot, more than 30 degrees. The drive to the airport took more than 1 hour even though it was not more than  50km. Bumper to bumper. The normal traffic congestion during the rush hour on a motorway in Germany. Nothing special. The flight was on time and after a stopover in Tokyo and Auckland I landed 28 hours later, a little bit tired and stiff but very curious what the next few months would bring, in Nelson, New Zealand. There was a lovely warm welcome by Cath and Simon, my host family, at the airport. The trip was continued with a car ride along the coast with a beautiful view across the sea. It wasn’t really warm, perhaps about 13 degrees,

as here in NZ the spring just started at the beginning of September. However the seemingly endless view over the sea with all the different dark and bright blue tones and the sunshine made me instantly feel warm and good. After a while the

car took its way through downtown of Nelson with all the shops, bars and restaurants. In comparison with Germany the traffic seems to relatively light and well organized. No traffic jams, just a smooth run. But of course there is one thing which really appears to be strange, all the cars are running on the wrong side. Eventually, after a very steep winding summit climb of about 1 km, I arrived at my host family’s house. 18,466 km by air away from home and 11 hours ahead of Germany,

at the opposite side of the world with the newly  started spring and a second summer to come. The main reason for me to come to New Zealand is to improve my English, in a beautiful environment and after my first impressions, I think I could not have made a better choice.

Nelson is located in the north west of the South Island of New Zealand and with a population of about 50,000, the city provides all that you need for daily life. It is the sunniest region in New Zealand.

The first two weeks in Nelson were just to settle down and get used to life in New Zealand. From the morning until early afternoon I attended the English School and after school I went to work at Study Nelson for about two hours.
As an IT guy, my job encompasses introducing new IT processes to provide  better support for daily business to help the organization become more efficient. To accomplish this goal, the first step is to get to know the business processes by means of interviews with the different business owners.
The second step will be producing a blueprint  followed by the final implementation of the new IT processes. As I live on the outskirts of Nelson on a hill, I wanted to get more mobile and bought a mountain bike and a car as well. School ends at noon on Friday only, and so I still needed to get third party insurance for my car to be ready for traveling and discover the area around Nelson on the coming weekend.
However it turned out quite differently. For some reason on this Friday morning we had an outside lesson during our English course to get to know the other students better and while we played some games I broke my lower leg. I did a very good job. So surgery was necessary and, as per my doctor´s instructions, I ‘m not allowed to ride a bike or even drive a car for at least the next 3 months. Well done. It wasn’t my goal to have such an experience but now after the surgery, sitting in the sun, enjoying life and looking back  it wasn’t all that bad.
I got a lot of visitors during my hospital stay and the nurses were very nice and after all, I could improve my English in a special environment. After the prescribed two weeks elevating my leg,  I’m looking forward to going to school and work again. 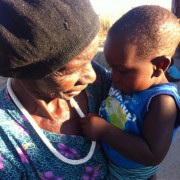 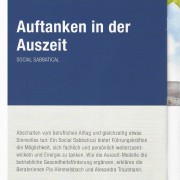 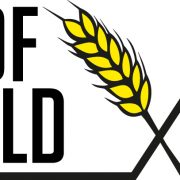 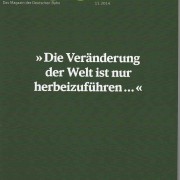